[Skip to Content]
Home > baseball lovers bucket-list: here are the ballparks you need to see, part 1.

Baseball lovers bucket-list: Here are the ballparks you NEED to see, part 1.

Baseball lovers bucket-list: Here are the ballparks you NEED to see, part 1. 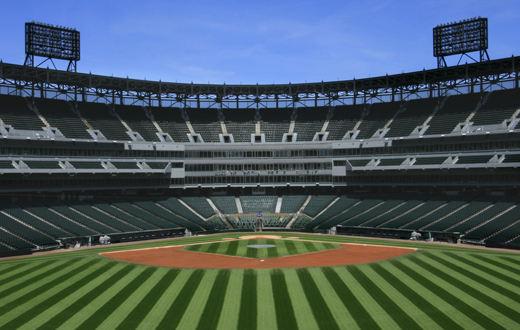 Summer vacation season is here! Some folks like beaches or National Parks. Don’t get us wrong, those are great, but for us the ultimate vacation destination are baseball parks.

There are 30 professional baseball stadiums in the U.S. (and dozens of others for college and minor league teams). If you want to hit them all we applaud you, but we’ve made your to-do list a little easier. What are the ones you 100% absolutely have to visit? Glad you asked. Here’s part one of our bucket-list baseball parks you need to see!

For part one we’re going to focus on old parks. Be sure to check their websites to make sure they’re open and what their hours are. Also, some of these parks are in big cities that have been especially hard hit by COVID-19. Please stay safe and plan with caution. If your summer 2020 trip has to wait until 2021, that’s ok. We’d rather you be safe, stay healthy and get the most out of your trip.

Fenway Park – Boston, Massachusetts
Fenway gets its name from the Fenway neighborhood where it was built in Boston, Massachusetts. The neighborhood was created in the late nineteenth century by filling in marshland, aka “fens.” Now that’s a pretty cool story, and the kind you don’t see too often anymore with today’s multi-million dollar stadiums, with naming rights purchased by major brands. Fenway was built in 1912, making it the oldest major league ballpark still standing. Because Fenway had to be squeezed into a small plot of land, the builders needed to make some creative adjustments, which has resulted in things like “The Triangle” and the Green Monster, the 37-foot high, left field wall. Quirks like this make Fenway a classic. Find out more.

Wrigley Field – Chicago, Illinois
The Chicago Cubs took home a World Series crown for the first time in 108 years in 2016. But as far as baseball bucket-list spots go, Wrigley Field has always been a winner. Opened in 1914, Wrigley Field is proof that newer isn’t always better. You’ll see lots of state-of-the-art sports stadiums out there, but there’s some you just can’t beat about Wrigley Field’s classic pavilion style. Wrigley Field is also an old-school neighborhood ball park, which adds to its charm. The views of Lake Michigan aren’t bad either. Find out more.

Yankee Stadium – Bronx, New York
Babe Ruth. Mickey Mantle. Joe DiMaggio. Lou Gehrig. Yankee Stadium is hallowed ground and has been since before most of us were even born. Home to arguably the greatest franchise in sports history, Yankee Stadium isn’t just an essential stop for baseball fans or even sports fans. It’s a must-see destination for American history. But don’t let the heritage throw you off. It’s still just a beautiful park. The limestone and granite experior replicates the original 1923 park, while there’s a replica on the ceiling of the roof of the trademark frieze. While it was renovated and rebuilt in the 1970s, there’s still so much baseball history in this iconic Bronx stadium. Whether you’re seeing a game, or just touring the park, take a moment or two to just breathe it in. Find out more.

League Stadium and Bosse Field – Huntingburg and Evansville, Indiana
While these two historic ballparks aren’t in the Majors, there’s nothing minor about their historical footprint. Bosse Field dates back to 1915 and is still the home to the Evansville Otters (which may be one of the best mascots we’ve ever heard of). League Stadium, located just one hour northeast in Huntingburg, Indiana is even older—it was built in 1894. If you’ve ever wished you could go back in time and watch a turn-of-the-century style baseball game, you need to watch The Dubois County Bombers play. This collegiate-level summer team wears vintage uniforms straight out of Casey At The Bat. Honus Wagner would feel right at home here. Ever seenA League of Their Own? Then you’ve seen both of these stadiums, which were used as shooting locations for the film. Find out more about League Stadium and Bosse Field.

Centennial Park – Burlington, Vermont
Centennial Field is the oldest ballpark in the minor leagues, and was built 114 years ago in 1906. Even the updates are classic, as the concrete and steel main grandstand was built in 1922. But this beautiful, classic stadium isn’t just collecting dust. It is still home to the Vermont Lake Monsters, named after “Champ” or “Champy,” the Nessie-like creature that is supposed to swim in the waters of nearby Lake Champlain. While we can’t promise you’ll see any lake monsters, we can definitely say that Centennial Park is a must-see for any ballpark lover’s bucket list. Find out more.

Stay tuned next month for part two of our baseball lover’s bucket list for more parks you need to see!

You may not be able to get to any of these parks this year, but you can still start practicing in your backyard. We have the gear you need to do it. Contact us for special deals on our wide assortment of baseball equipment, gear, and more.