[Skip to Content]
Home > baseball lovers bucket-list: here are the ballparks you need to see, part 2.

Baseball lovers bucket-list: Here are the ballparks you NEED to see, part 2.

Baseball lovers bucket-list: Here are the ballparks you NEED to see, part 2. 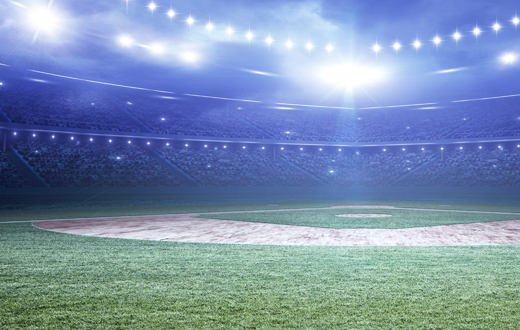 In Part 1, we walked in the footsteps of history and looked at some of the oldest ballparks in America. If you’re an old-school ballpark lover like us, pouring over that list probably put a lump in your throat. But baseball isn’t just about remembering history—it’s about seeing history being made. So for Part 2, we’re going to look at the best ballparks to watch a game.

Now, what makes a ballpark good for watching a game? Lots of things. The size of the screens. The placement of seating. The sight lines and wall size. And especially, the energy of the crowd. Oh yeah, the quality of the concessions is a big deal too. But when you get down to it, what makes a stadium great is really just this invisible, intangible quality. You can’t quite put your finger on it, but whatever “it” is, all of these ballparks definitely have it.

Ready to see some ball? Here are the best ballparks to watch a game.

Miller Park, Milwaukee, Wisconsin
The Milwaukee Brewers are one of only six teams to have never won a World Series (for now). Bummer, right? But it’s hard to get too upset when you call Miller Park home. Miller Park first welcomed crowds in 2001 and in less than two decades has earned a rep as one of the MLB’s best places to watch a ballgame. It has the big things, like the retractable roof, which keeps crowds comfy and dry no matter the weather; the little things, like the hearty, expansive and delectable concession selection (try the cheese curds, trust on this one); and the downright strange things, like the fact areas of the ballpark smell like maple syrup. Who’s complaining? Not us. We hope the Brewers win the big one someday, but no matter the score on the board, we’ll always love watching them play in Miller Park. Find out more.

PNC Park, Pittsburgh, Pennsylvania
PNC stands for “Pittsburgh National Corporation,” so while the name is snore-inducing, PNC Park is anything but, with some of the best views in baseball. Ideally when you go watch a ball game you’re, y’know, watching the game. But let’s be honest, sometimes there are games so boring you might find yourself staring at your phone or watching the grass in the outfield grow. Good thing PNC Park gives you plenty to look at. Located on the North Shore of Pittsburgh, PNC Park is truly what an urban ballpark should be. From just about any seat in the stadium you can see gorgeous views of the river, downtown Pittsburgh, and the Roberto Clemente Bridge. Wherever you’re looking, PNC is a sight to see. Find out more.

Dodger Stadium, Los Angeles, California
We admit, this may be a controversial choice, especially if you’re still sore over the Dodgers moving to Los Angeles in 1957. There’s also the fact Dodgers fans have a bit of a reputation for not showing up until halfway into the game. But hey, look on the bright side, you’ll have plenty of space to stretch your legs! Dodger Stadium claims to be “one of the crown jewels in professional sports” and we’re hard pressed to disagree. You can take in the stunning views of the rolling hills surrounding Los Angeles while chowing down on a world-famous Dodger dog, a 10-inch masterpiece in a steamed bun that almost makes us want to buy a plane ticket to LA right now. Oh yeah, their ball club’s pretty solid too. Find out more.

Petco Park, San Diego, California
Take a two-hour drive down I-5 to another spectacular southern California baseball stadium, Petco Park. It boasts beautiful city views, a spectacular beer selection, and the best sight lines in baseball, as well as the kinda weather you can pretty much only find in San Diego. Best part? On certain games you can even bring your dog to the park! What could be better than watching the world’s greatest game with man’s best friend? Answer: Nothing. It’s just what you’d expect from a baseball stadium named after a pet store. Find out more.

Oracle Park, San Francisco, California
So California has run away with this list, but what can we say—they have a lot of great ballparks. Depending on your point of view, Oracle Park may be the best. It was the first privately financed ballpark in the MLB since 1962, and the investors certainly got their money’s worth (and ticket buyers do too). It boasts quirky features, like a giant Coca-Cola bottle with a slide inside, and a giant baseball mitt because why not? It also may be the only ballpark where a smash hit can turn into a “splash” hit. The tall wall in the right field backs up to the bay, so every so often a home run will wind up in the ocean! Now that’s something you won’t find at many other ballparks. Find out more.

These are some of our favorite ballparks to watch a game. What about yours? Contact us anytime to give us suggestions for more ballparks we need to highlight.